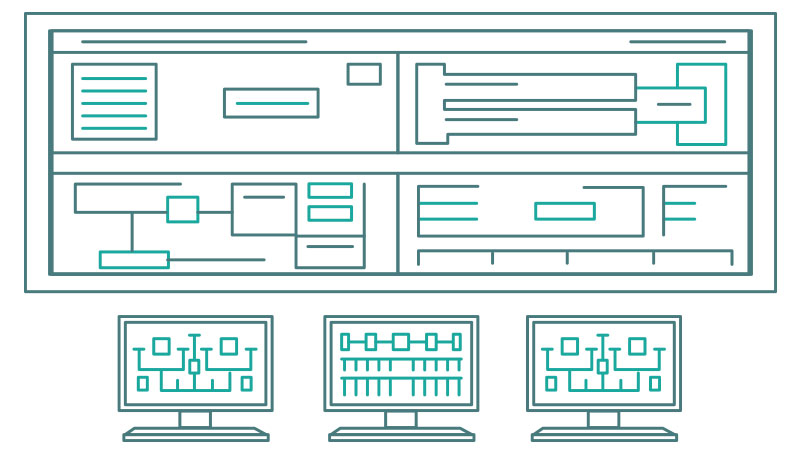 Earlier this summer, Rocky Mountain Institute issued a report called Pathways For Innovation: The Role of Pilots and Demonstrations in Reinventing the Utility Business Model. The report outlines five macro themes that are emerging in demonstration projects around the country, as utilities adapt to growing DER penetrations.

As a provider of distributed storage solutions to electric utility companies, Sunverge has worked on demonstration projects with dozens of utilities in Australia, North America, and Japan. In some instances we’ve deployed single units for R&D testing in laboratory environments. In other cases, we’ve helped our partners develop models to scale up battery storage offerings to larger populations with the overarching goals of improving the utility’s relationship with their customer and operating the distributed batteries as a Virtual Power Plant (VPP). With this real-world experience managing distributed storage demonstrations on different grids, under different tariff structures and with different business goals, we’ve gained valuable insight into what leads to a successful distributed storage demonstration.

In short, a successful demonstration project around distributed storage should be designed to achieve three objectives:

This is part 2 of 3 articles that will unpack these topic areas. In part 1, we discussed the customer value proposition. The second area of focus that utilities should tackle in a demonstration is valuing the different services that distributed storage can provide, and mapping out the operational requirements—and constraints—necessary to realize that full value.

There is now mounting, independently verified evidence that the theoretical benefits of distributed energy storage—which are well-understood at this stage in the industry’s maturity—can in fact be realized in practice. In 2016, Sunverge, in partnership with Alectra Utilities, Navigant, the IESO, and others, proved the technical feasibility of a number of different grid services that can be provided by distributed batteries when controlled through software as an aggregate fleet. These services include demand response, frequency regulation, operating reserve, flexible ramping, PV time shifting, peak reduction, and voltage support (Time-Of-Use shifting and backup power were also tested; we covered these in part 1).

The definitions of these services may vary between markets and ISOs, and the unique combination of services that will create value for utilities will vary from one utility service territory to the next. Current ISO market rules allow the participation of DERs in a limited number of instances, although this may change as the Federal Energy Regulatory Commission advances its 2016 NOPR on DERs.

A demonstration project can help a utility to understand which of these value streams can be “stacked” to improve the economics of their storage appliances, given the utility’s own technical and business needs. According to research from the Brattle Group, “accounting for the ‘stacked’ benefits of battery storage by optimizing its dispatch across all analyzed value streams significantly increases the total value of the battery relative to any individual value stream (by a factor of 2x to 3x over individual use cases).”

A few examples help illustrate what this looks like in practice. Xcel Energy focused their demonstration on a single feeder line in a development east of Denver that is hosting a high penetration of rooftop solar. In addition to testing the consumer value proposition, Xcel was interested in investigating how batteries could help mitigate reverse power flow issues that pose a threat to the integrity of equipment further upstream on their distribution grid. The Sunverge batteries address this issue by limiting the export of PV during certain times of the day when the resource would otherwise be feeding onto this equipment.

Demonstrations of storage that target specific areas of a distribution grid in this fashion can help inform distribution planning. They provide real-world evidence to substantiate locational-benefits analyses—which seek to value optimized DERs as an alternative to traditional upgrades—and help inform hosting capacity analyses, which evaluate the extent to which certain nodes of the grid can accommodate the interconnection of distributed generation.

Smaller utilities have found interesting use cases of distributed storage associated with hedging against coincident peak charges from a larger wholesale supplier. Glasgow Electric Plant Board (EPB), for example, signals its VPP of 165 distributed batteries in anticipation of its system coincident peaks—the times of month when its utility system demand is the highest. By lowering these peaks, Glasgow lowers its forward transmission charges from the Tennessee Valley Authority, and passes on those savings to its customers. Glasgow EPB does not pair its storage with solar, highlighting the fact that creative uses of energy storage are often found in unusual places. A fleet of dispatchable resources at customer sites can provide a meaningful safeguard against price or supply volatility in wholesale markets, which smaller utilities may often be subject to. As markets for VPPs mature, actors in organized wholesale electricity markets may use a similar set of tools and dispatch their VPP fleet to offset energy required to be procured in the energy market, either for the day-ahead spot market, hour-ahead market, or real-time market.

Once a utility has identified a handful of use cases that it intends to pursue using distributed batteries, a decision often remains about how best to operate the systems. Though many of Sunverge’s customers begin by controlling their fleets through the Sunverge user interface, many customers intend from the outset to dispatch their fleet through some other type of utility enterprise system. Examples of these include Supervisory Control and Data Acquisition (SCADA) systems, Demand Response Management System (DRMS), or emerging technologies like as Advanced Distribution Management Systems (ADMS) or Distributed Energy Resource Management Systems (DERMS). By aligning the value stream sought in a project to the communication pathway and architecture, utilities can leverage a demonstration to understand how these enterprise systems map to the DER controls performing semi-autonomous actions at each individual customer site, while also gaining visibility into the edges of the grid.

There is no question that customers are adopting DERs en masse: Navigant Research predicts that 288 GW of DER will be installed in the US by 2024, up from 22 GW today. It remains to be seen how utilities will take advantage of these resources. Testing the value through a demonstration project is a good way to find out.