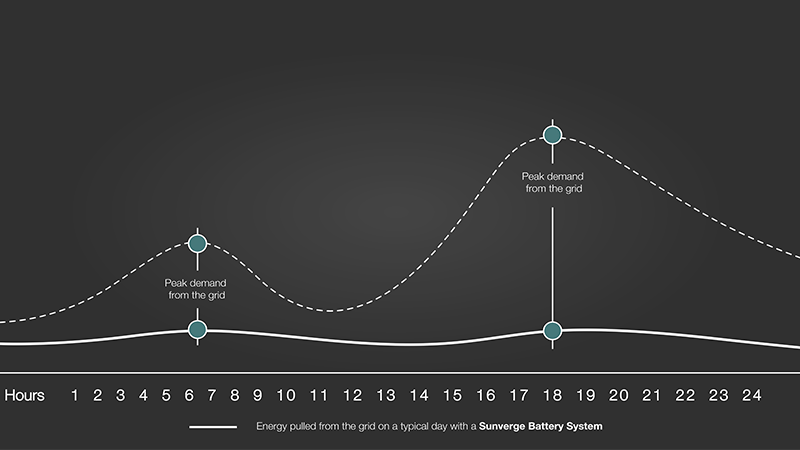 Analysts forecast that nearly 200,000 California homes will add rooftop solar Photovoltaic (PV) systems next year, and all of these new solar customers will be on the Net Energy Metering Utility Tariff (NEM 2.0) and Time-of-Use Electricity Rates. In January 2016, the California Public Utilities Commission approved new net metering rules, outlining how a utility company is required to credit their customers with rooftop solar installations. This affects the three major California investor-owned utilities: PG&E, SCE, and SDG&E (with over 10 Million California residents). With a Time-of-Use rate, the cost of electricity delivered by the utility to the home varies over the course of the day, and the utility charges a customer more for electricity during times when local demand is high. (For a little bit of background on the concept of “Net Energy Metering”, check out this recent podcast.)

The value of energy produced by new PV systems will be comparable to the value under current NEM 1.0 rules; however, new solar customers (and over half a million California residents who already have solar) will see their electricity savings impacted in a few major ways:

Another implication for new solar customers is a fee paid by the solar installer to interconnect their solar system to the utility grid under NEM 2.0. This adds between $132 and $145 to the overall cost.

Despite these changes, the benefits to system economics that preserve the full retail rate for solar exported to the grid with NEM 2.0, combined with Time-of-Use electricity pricing increases the average annual savings of a home solar system that includes intelligent energy storage.

A recent Sunverge analysis shows that a rooftop solar system in San Francisco, California paired with energy storage enabled by software can be 10-30% more valuable than under the current rate structure. The average California home could save around $1,100 more than if the current PG&E rate plan continued.

Solar Self Consumption and “Non-Bypassable Charges”

With new non-bypassable charges under NEM 2.0, intelligent energy storage systems can be used to self-consume solar in a way that autonomously optimizes energy consumption at the individual home level. Sunverge algorithms, for example, are already programmed to optimize home solar production to maximize the stored solar power for homeowners.

Electricity Pricing models like these have been implemented by utilities for years, where energy storage can be used as a key mechanism for optimizing solar production. The battery systems are programmed to extract higher value from the Time-of-Use Rates for homeowners by controlling the charge and discharge of the battery to respond in real time to differences in local electricity demand. Sacramento Municipal Utility District (SMUD) used critical peak pricing as a lever in Summer 2015, testing Sunverge algorithms to optimize a zero-net energy community of 34 homes. Customers with energy storage saved 15% more by arbitraging energy during peak times to maximize stored solar power and net energy metering benefits.

With NEM 2.0, California residents have a new, even better opportunity to save with a solar and energy storage system at their home.